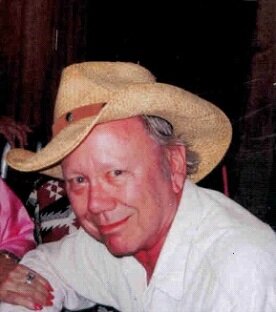 Arthur Winfield Knight, (1937-2012), was active in the small press literary scene for decades.  Together with his wife Kit, he edited The Unspeakable Visions Of The Individual, a press devoted to ‘Beat Generation’ major figures. He was a professor of English at California University of Pennsylvania. Knight, his wife Kit, along with their beloved retired racing greyhound, escaped from urban California to the high plains of northern Nevada.  Much of Knight’s work chronicles life in both the old and the contemporary West.  He has had more than 3000 poems, short stories and film reviews published. Knight’s work has been translated in Chinese, French, German, Italian and Japanese, among others.  He is considered one of the best contemporary personist poets. His poetry is a celebration of life and love. Knight’s poetry remains one of the most distinctive voices of his generation.