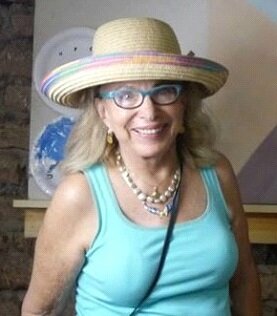 Glenna Luschei, b. 1934, attended the University of Nebraska where she graduated with high distinction, was tapped Phi Beta Kappa, and as an alumnae, was given the Master of Life Award.  She gained her PhD from the University of California in Hispanic Languages and Literatures. She has received a Fortner Fellowship and an honorary Doctorate of Letters from St. Andrews Presbyterian College in Laurinburg, North Carolina.  After moving to California, Luschei became an officer of COSMEP and later, its first woman president. She was chosen by Galway Kinnell as a winner of the YMCA-YWCA Poetry Discovery Award.  She has been named a D.H. Lawrence Fellow, a resident of the Helene Wurlitzer Foundation, and has received a National Endowment for the Arts fellowship in literature.  Luschei has been named Poet Laureate for the San Luis Obispo Poetry Festival and has recently taught poetry workshops throughout California and at the University of Nebraska’s Writers Conference. She has been active in the small press for over forty years as a poet, publisher and philanthropist to American literature.  Luschei’s poems have appeared in The American Poetry Review, Beloit Poetry Journal, The Chiron Review, Fox Chase Review, Patterson Literary Review, Pembroke, Ploughshares, Prairie Schooner and many other journals.  Her most recent book is The Sky Is Shooting Blue Arrows (University of New Mexico Press, 2014).  She is one of twenty American poets included in the new international anthology The Second Genesis: An Anthology of Contemporary World Poetry (Anuraag Sharma, Ed.; ARAWLII Press, Ajmer, India, 2014).  She is former Poet Laureate of San Luis Obispo, California.