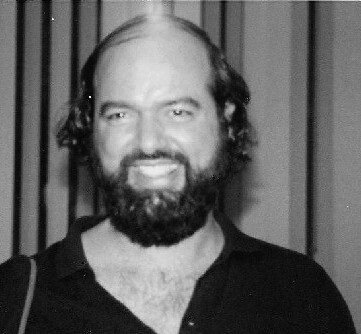 Richard Kostelanetz, b. 1940, is the foremost artist of spatial poetry in the last 50 years. His visual and experimental poetry has paved the way for successive writers’ exploration of form and content.  He is a graduate of Columbia University and a Fulbright Scholar.  In 1971, employing a radically formalist approach, Kostelanetz produced the novel In the Beginning, which consists of the alphabet, in single- and double-letter combinations, unfolding over 30 pages. His nonfiction work The End of Intelligent Writing: Literary Politics in America (1974) charged the New York literary and publishing establishment with inhibiting the publishing and promotion of works by innovative younger authors. Kostelanetz’s “visual poetry” consists of arrangements of words on a page, using such devices as linking language and sequence, punning, alliteration, parallelism, constructivism, and minimalism. He has produced works including holograms, audiotapes, videotapes, and static visual art. Most of his other literary work also challenges the reader in unconventional ways. Kostelanetz’s work has appeared in artistic venues too numerous to name and has earned him multiple awards and recognition for his diffuse approach to literature.